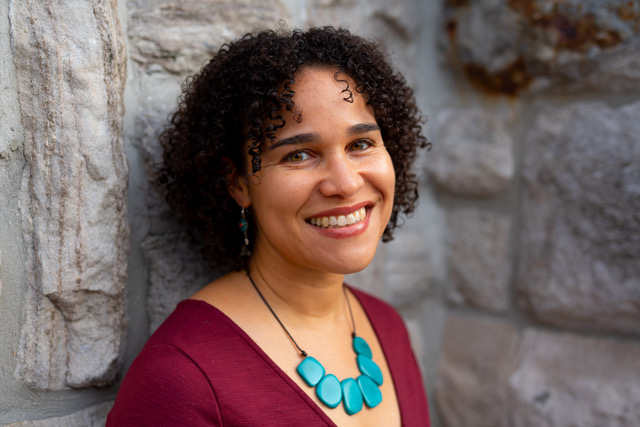 The Proust Questionnaire, popularized by the French novelist and essayist Marcel Proust, is said to reveal a person’s true nature through a series of probing, soul-searching questions. In the hot seat today: Zetta Elliott, author of the middle-grade novel DRAGONS IN A BAG and its sequel, THE DRAGON THIEF (Penguin Random House), plus other MG, YA, and picture-book titles.

What is your idea of perfect happiness? Feeling at peace with myself and my environment.

What is your greatest fear? Losing control.

What is the trait you most deplore in yourself? Impatience! Trying to make things happen myself because I can’t stand waiting on others.

What is the trait you most deplore in others? Apathy… folks who are unable or uninterested in considering the needs of others.

Which living person do you most admire? There are plenty of people I admire but Angela Davis has been a guiding light for me and many others for decades.

What is your greatest extravagance? I like to say I have a magpie eye—I’m drawn to sparkly, beautiful things that I then horde and rarely use!

What is your current state of mind? Mild panic! I just moved from Pennsylvania to Illinois during a pandemic, and I have a manuscript due in one week and two others due this fall.

What do you consider the most overrated virtue? Kindness. I wish people didn’t say “kindness matters most” because if we want to create real change in our unjust society, it’s going to take a whole lot more. It’s going to take actions that cost something to those with power and privilege.

On what occasion do you lie? I work with kids, so I often have to calibrate when talking about injustice—especially when I’m not feeling particularly optimistic myself. But you can’t crush kids’ hope or faith in humanity.

Which words or phrases do you most overuse? “I’m tired.” Sometimes I find myself saying it and then I pause to check my body only to find a have quite a bit of energy. Mental fatigue or emotional stress should provoke a different statement, I think. It would be better to say, “I need…” which would lead to a more precise assessment and response.

Besides writing, which talent would you most like to have? Painting. I took a drawing class in college and was quite good. I’m left-handed so suspect I have latent artistic ability, lol.

What do you consider your greatest achievement? Living the life I dreamed of as a young woman. I wanted to become a writer and it took a while, but now I’m able to earn a living doing what I love.

If you were to die and come back as a person or a thing, what would it be? A bird!

What is your most treasured possession? I have a lot of beautiful things and some treasured heirlooms that my grandparents passed down to me—the spoon I used as a baby was from my great-grandparents’ wedding silver. But I would be lost without my laptop, so I’d have to say that’s the most essential item.

What do you regard as the lowest depth of misery? I’ve lived with depression since I was a teen, but I’ve never felt completely hopeless. I think that would be the worst—the absence of hope.

Who is your hero of fiction? An Unkindness of Ghosts [by Rivers Solomon] is the best novel I’ve read lately and the protagonist Aster is just incredible.

Which historical figure do you most identify with? Ida B. Wells—19th-century Black woman journalist, anti-lynching activist, suffragist.

What is your motto? I don’t think I have a motto, but I keep this card on my bulletin board: “Everything will be okay in the end. If it’s not okay, it’s not the end.” That reminds me to keep moving forward. Nothing changes if you just stand still, mope, or only look backward. Keep going, scan the horizon, know that something better is up ahead.

ZETTA ELLIOTT moved to the US in 1994 to pursue her PhD in American Studies at NYU. She is the author of over thirty books for young readers, including the award-winning picture books Bird and Melena’s Jubilee. Her urban fantasy novel, Ship of Souls, was named a Booklist Top Ten Sci-fi/Fantasy Title for Youth. Dragons in a Bag, a middle grade fantasy novel, was named an American Library Association Notable Children’s Book and has been nominated for Young Reader’s Choice Awards in several states and two provinces in Canada. The sequel, The Dragon Thief, was named one of the best books of 2019 by the Cooperative Children’s Book Center. Her poetry has been published in several anthologies, including We Rise, We Resist, We Raise Our Voices and New Daughters of Africa; her own young adult poetry collection, Say Her Name, was published by Little, Brown in January. Her next picture book, A Place Inside of Me, was published by FSG in July 2020. Elliott is an advocate for greater diversity and equity in children’s literature; her essays have appeared in The Huffington Post, School Library Journal, and Publishers Weekly. She currently lives in Evanston, IL. Learn more about Zetta Elliott on her website and follow her on Instagram and Twitter. 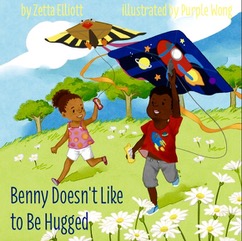 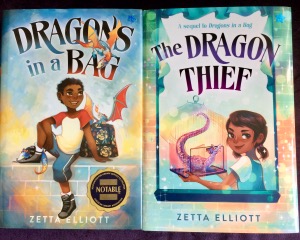 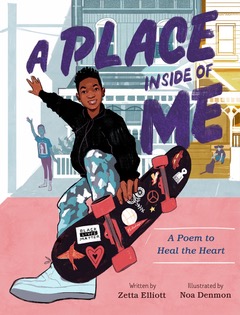 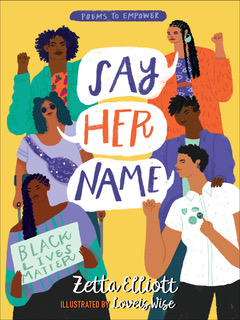 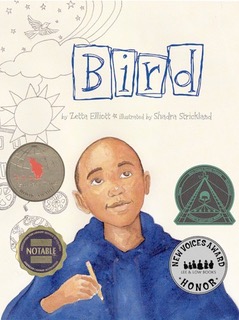