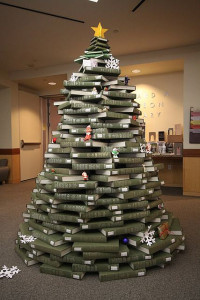 When the Swanky Seventeens posed the question: What’s your favorite holiday reading tradition?, I knew I had to add my two cents. (How could I not?)

We celebrate both Hanukkah and Christmas in my interfaith family, and finding a good holiday read-aloud for my daughter was tricky. END_OF_DOCUMENT_TOKEN_TO_BE_REPLACED

In 2011, frustrated that my chick-lit novel had failed to capture the interest of an agent (or my own mother, which says a lot), I decided to shelve it and try another genre. I’ve always had an obsessive love affair with Louise Fitzhugh’s 1964 classic, Harriet the Spy, so middle grade was the natural choice. I got started right away, and by the end of the year I had a messy first draft. END_OF_DOCUMENT_TOKEN_TO_BE_REPLACED 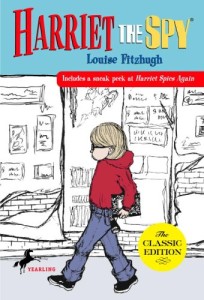 In 2009, while browsing through my local Borders (which is now a Home Depot, much to my dismay), I came across a book called Everything I Needed to Know About Being a Girl I Learned from Judy Blume. A collection of essays by esteemed women writers, the book offered wise and witty observations on everything from first periods to unrequited crushes. Naturally, I couldn’t plunk down my MasterCard fast enough. END_OF_DOCUMENT_TOKEN_TO_BE_REPLACED