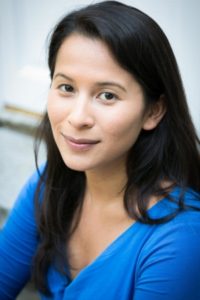 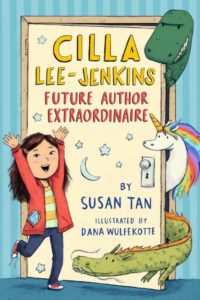 What is your greatest fear? All sorts of serious answers spring to mind, but today I’ll go with zombies.

What is the trait you most deplore in others? Small-mindedness

Which living person do you most admire? Lin Manuel Miranda (he gets SO MUCH done!!)

What is your greatest extravagance? I LOVE writing in coffee shops, but it ends up happening much more than it should!

What is your current state of mind? Excitement! When I first sold my book, it felt like it would never come out. And now that my launch is two weeks away, I can barely believe it!  When I get stressed or excited I craft, so this at least has been a very productive frame of mind to inhabit. Right now, I’m down one baby blanket and two crocheted stuffed unicorns.

On what occasion do you lie? I’m a really bad liar, so that limits my lying somewhat. (Not because I’m virtuous, just because I lack the skill!). But when I do, I tend to tell white lies.

Which words or phrases do you most overuse? “Fabulous,” “great,” “really,” and “very.” Thank goodness for editors and copyeditors!

Besides writing, which talent would you most like to have? I’d really like to be fluent in multiple languages.

What do you consider your greatest achievement? Frankly, right now, Cilla is my greatest achievement. It’s amazing to me that this story – which for years existed privately in my head – is going to be available for anyone to read and see. It’s been a wonderful, exhilarating and daunting ride, and I’m so proud to be here.

If you were to die and come back as a person or a thing, what would it be? A dog! (In a loving family). I’d probably be something funny looking yet endearing, like a pug.

What is your most treasured possession? I was very close to my great-grandmother, who passed away in her nineties when I was in middle school. Her house was one of my favorite places to be, and I had my “treasures” I’d always play with whenever I went to visit her. After my great-grandmother died, my mom made sure I got some of these, including a small, gold-latticed egg that opens up into a mini-sewing kit. It’s hands-down one of the most precious and treasured things I own. When I open it, it still smells of her apartment.

What do you most value in your friends? I have the most fantastic friend community of caring, driven, smart, ambitious, supportive women. To co-opt and mangle an Eleanor Roosevelt quote, there’s nothing better than a friend who believes in the beauty of her dreams. I think drive and commitment like that rubs off on you, and it’s a privilege to be able to support my friends in their endeavors, and to receive their loving support of mine!

Who are your favorite writers? This is SUCH a hard question! This is by no means a complete list, but I’d say top contenders are: Tolstoy, Jane Austen, Zora Neale Hurston, Roald Dahl, Grace Lin, Rita Williams-Garcia, Allan Say, and Gene Luen Yang.

Who is your hero of fiction? This is another tough one! I think I’d say Janie from Zora Neale Hurston’s Their Eyes Were Watching God.

Which historical figure do you most identify with? I have no idea! What I will say is that I can only hope to possess a modicum of the courage, willpower, conviction and vision of Fred Korematsu, Anna May Wong, and other Asian-American writers, artists, and activists whose voices make my own possible.

What is your motto? “For every ten tries, the universe gives you one thing.” This really helps me to put myself out there. While rejection is always daunting, it’s easier to face when you know it’s helping to get you to that one, tenth try that will yield something, even if it isn’t what you expect. Opportunity and success come in so many forms, and sometimes a connection, or a kind word from someone on a committee who recommends you for something down the road, is as valuable as actually getting what you initially applied for.

SUSAN TAN studied children’s literature while at Williams College, and got her PhD from the University of Cambridge in children’s and  Young Adult literature. While in graduate school, she began to write a children’s book of her own, which became her  debut novel, Cilla Lee-Jenkins, Future Author Extraordinaire. A second book in the series, Cilla Lee-Jenkins: This Book Is a Classic, is scheduled for release in 2018.  When she’s not writing, Susan likes to read, crochet, drink tea, and eat cookies. Find her on her website, Twitter, and Goodreads.