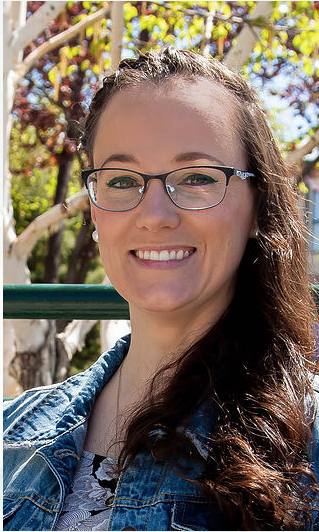 The Proust Questionnaire, popularized by the French essayist and novelist Marcel Proust, is said to reveal a person’s true nature through a series of probing, soul-searching questions. In the hot seat today: Sofiya Pasternack, author of the MG debut, ANYA AND THE DRAGON (HMH Versify, 2019).

What is your idea of perfect happiness? Starting off with a super easy question, I see! Perfect happiness is accepting and loving yourself. Yeah, that sounds cheesy. Deal with it.

What is your greatest fear? Yikes! Ummm… fear itself. Seriously! Wait, hear me out. Fear is such a damaging emotion. People do things that are so out of character for them when they’re afraid of something. Fear can make peaceful people really violent. So fear’s effect on people can lead into terrible violence, bigotry, or inaction. And I think that’s scary. And alligators.

What is the trait you most deplore in yourself? Whoa, I’m not going to be too hard on myself here. One of the things I preach in therapy is that deploring/hating yourself or hating things about yourself just isn’t productive. Instead of thinking, “Oh, I hate this thing about myself,” it’s way better to think, “I do a thing that isn’t great, and I’d like to change it.” So what do I do that isn’t great and I’d like to change? When I’m tired or stressed out, I have absolutely no patience and I can be kind of a butt. So I’d like to better manage being stressed out so I don’t take out my negative emotions on other people.

What is the trait you most deplore in others? Same as above. I don’t deplore anything about other people, but I do get really wound up when people refuse to be empathetic. Not that they can’t be because they don’t understand it, but because they absolutely will NOT bother to empathize. Those people get gentle lectures from me.

Which living person do you most admire? I’m kind of reluctant to admire any one person, because I don’t think that’s fair to them. Putting someone up on a pedestal is dangerous because at the end of the day, they’re just a person, and they mess up like other people. Identifying too closely to a single person can hurt a lot when they inevitably fall from that grace. But right now, professionally, I really like Brené Brown and her discussions on empathy and vulnerability. She’s a great speaker and I really enjoy her messages in regard to mental health.

What is your greatest extravagance? Spending an entire day lying on my couch by myself, eating cupcakes, and either playing Legend of Zelda or designing websites that are never going to get used for anything.

What is your current state of mind? At all times, I am very tired. Just assume that I’m tired. Other than tired, right now I’m low-key anxious about my book release (*screaming*), and also feeling very analytical. Also, I’m tired. Did I mention that yet?

On what occasion do you lie? When I don’t want to be in a situation, I’ll try to be truthful to get out of it. If that doesn’t work, I’ll lie in a way I know the other person will respond to and let me get out of the situation.

Which words or phrases do you most overuse? “I feel like…” OMG, I say it all the time. But I don’t care. I’m allowed to have feelings!

Besides writing, which talent would you most like to have? I’d love to be able to draw. I try to practice but my attempts are so terrible it makes me sad.

What do you consider your greatest achievement? My kids are functional tiny people. That’s a great achievement. They’re happy and polite and on track developmentally, so I consider that a win.

If you were to die and come back as a person or a thing, what would it be? A really fancy camera that belongs to a professional nature photographer. I’ll be super expensive so I’ll get taken care of, and I’ll get to see a lot of really cool places.

What is your most treasured possession? These old, old photo albums from my great-grandfather that show him in the Navy and all his deployments. I love looking at them and seeing his antics on the ships and at their ports. They’re falling apart, and I’m trying so hard to keep these albums together.

What do you regard as the lowest depth of misery? Feeling alone and/or misunderstood. No matter how introverted you are, people need other people to connect with. Absolute misery, to me, is absolute isolation.

What do you most value in your friends? I’m that friend who will vanish for a while and then show back up, post a bunch of memes, and vanish again. The friends that I value are the ones who can handle that kind of relationship, because it’s definitely not for everyone.

Who are your favorite writers? I started reading Stephen King when I was 13, and I still love the Dark Tower series soooo much! I also really enjoy Naomi Novik and Maggie Stiefvater.

Who is your hero of fiction? Uncle Iroh from Avatar: The Last Airbender. We all need an Uncle Iroh in our lives.

Which historical figure do you most identify with? I really love Saint Olga of Kiev and Tomyris of the Massagetae (both of whom said no to marriage and, when their would-be suitors wouldn’t take no for an answer, murdered the guy), but I think I most identify with every anonymous woman who subverted familial or societal oppression to live the life she wanted to.

What is your motto? To quote Ron Swanson, “Don’t half ass two things. Whole ass one thing.”

SOFIYA PASTERNACK is an author and nurse whose fondest childhood memories involve her pet goats wrecking up the house. Her debut middle grade fantasy, ANYA AND THE DRAGON, is out now from HMH Versify. Learn more about Sofiya on her website and follow her on Twitter, Instagram, and Facebook. 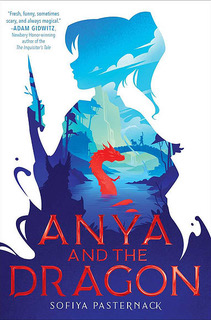