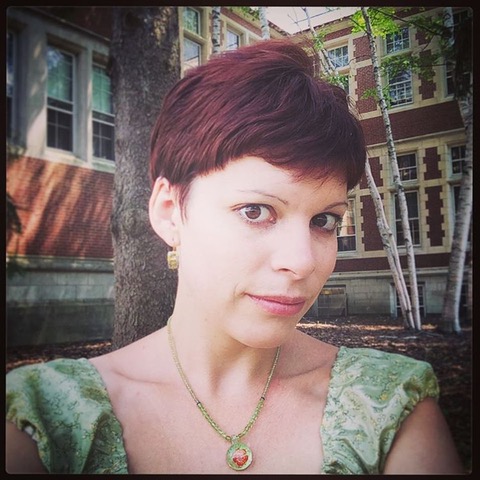 The Proust Questionnaire, popularized by the French essayist and novelist Marcel Proust, is said to reveal a person’s true nature through a series of probing, soul-searching questions. In the hot seat today: R.M. Romero, author of the historical MG, THE DOLLMAKER OF KRAKOW (Delacorte Books for Young Readers).

What is your idea of perfect happiness? Sitting on a park bench during the golden hour of dusk on a summer evening, listening to music.

What is your greatest fear? Being unable to tell stories.

What is the trait you most deplore in yourself? My impatience! I wish I was better at waiting.

What is the trait you most deplore in others? Hypocrisy. If a person is going to be cruel, they should at least admit they’re doing it instead of pretending to be good and kind.

Which living person do you most admire? Friends of mine who work tirelessly to change their corners of the world. Florence Welch, for being unapologetically herself.

What is your greatest extravagance? Travel! I’ll do without a lot of things in my life if it means I can jump on an airplane and see a new part of the world.

What is your current state of mind? Worried but determined. We live in strange times, but that makes making art is more important than ever.

What do you consider the most overrated virtue? Purity, if it can even be called a virtue. I’d rather have experience and learn from my mistakes than be “innocence.”

On what occasion do you lie? To protect others. There are some truths people don’t need to hear…

Which words or phrases do you most overuse? I live in Miami, so I throw around the word “super” constantly. I’ve always been known to quote Deathless by Catherynne M. Valente repeatedly when I try to explain myself.

Besides writing, which talent would you most like to have? Drawing and painting! I love art, and being able to tell stories in a different medium would be an amazing skill to have.

What do you consider your greatest achievement? The work I do in Jewish cemeteries every summer. I can’t change the past, but I can help make sure it’s never forgotten.

If you were to die and come back as a person or a thing, what would it be? Housecats have the best of all possible lives. Who wouldn’t want to move from sunbeam to sunbeam all day long?

What is your most treasured possession? A music box that plays “Once Upon a December” from the movie Anastasia. It’s traveled to every place I’ve lived since I was 10.

What do you regard as the lowest depth of misery? The feeling of being stagnant, of being unable to change a situation no matter how hard you try.

What do you most value in your friends? Understanding, creativity, and thoughtfulness.

Who is your hero of fiction? Count Alexander Ilyich Rostov from A Gentleman in Moscow. I aspire to be as calm and adaptable as he is.

Which historical figure do you most identify with? I think Franz Kafka and I would have gotten along well. I’ve always related to many of the things he said in his letters and diary entries about why he chose to write and his own struggles with his craft. “I write to close my eyes.”

What is your motto? “Leave everything always unbroken.” – Cosmo Sheldrake 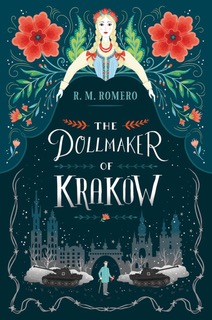