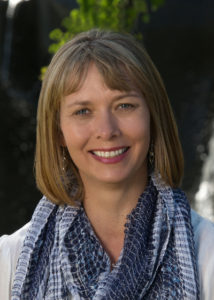 The Proust Questionnaire, popularized by the French essayist and novelist Marcel Proust, is said to reveal a person’s true nature through a series of probing (i.e., nosy) questions. In the hot seat today: Patricia Bailey, author of the MG historical novel, THE TRAGICALLY TRUE ADVENTURES OF KIT DONOVAN (Albert Whitman & Company, April 25 2017)

What is your idea of perfect happiness? The beach. Laughing with my husband about something silly. Sunshine. And dogs – lots of dogs running and jumping and playing with me.

What is your greatest fear? That I’ve left something on in the house – curling iron, tea kettle, candle – and the place is going to go up in flames the minute I leave the driveway.

What is the trait you most deplore in yourself? I worry. Too much. About everything and about nothing.

Which living person do you most admire? My husband. He’s always trying to do better – and he never fails to walk his talk.

What is your greatest extravagance? Other than books? Writing tools: nice journals and heavy pens.

What is your current state of mind? Hopeful and anxious. Anxful? Hopexious?

What do you consider the most overrated virtue? Honesty – when it’s used as a weapon or an excuse to say whatever you’re thinking no matter what.

On what occasion do you lie? I’m a horrible liar (and a lousy poker player) – but I’ll lie if I promised I’d keep a secret. I’ll agonize over it, but I’ll do it.

Which words or phrases do you most overuse? Just – as in, “I’m just checking in on…” Ugh.

Besides writing, which talent would you most like to have? Are you saying I have writing talent? Because…wow. I’d love to be able to sing and to draw and to say something witty and smart during the conversation instead of hours after it.

What do you consider your greatest achievement? Years ago, I created an alternative school that gave a lot of kids a safe and caring space to be. That was pretty cool. And I wrote a book that someone said they’d publish. Also, pretty cool.

If you were to die and come back as a person or a thing, what would it be? It might be nice to have the chance to be some sort of bird. Maybe an owl. Late nights. Cool superpowers like silent flight and super-sensitive hearing. Great symbolism.

What is your most treasured possession? That’s a tough one. My husband made me a piece of jewelry from a rock we picked up at the summit of Mt. Shasta. I’ll say that necklace and my laptop.

What do you regard as the lowest depth of misery? Helplessness. I hate not being able to help when someone is hurt or in trouble.

What do you most value in your friends? Compassion and openness.

Who are your favorite writers? So many! Beverly Cleary, Stephen King, Douglas Adams, and Judy Blume helped me grow up. Jane Austin, John Steinbeck, Pam Houston, and Bobbie Ann Mason got me through college. Right now I’ll have to go with Richard Russo and Jane Smiley in the adult world, and Kate DiCamillo, Katherine Applegate, Richard Peck, and Laurie Halse Anderson in Middle Grade/YA.

Who is your hero of fiction? I kind of love Nelville Longbottom. He’s the sort of brave I can relate to.

Which historical figure do you most identify with? I always wanted to be like Amelia Earhart, but mostly I’m not. I’m more like Abigail Adams.

PATRICIA BAILEY grew up in a small town in Oregon. She now lives in a slightly larger town in Oregon with her husband and three cats. She spends her time exploring forgotten places, hiking mountain trails, and scribbling story ideas on sticky notes. Find Patricia on her website, Facebook, Twitter, Instagram, Pinterest, and Goodreads.