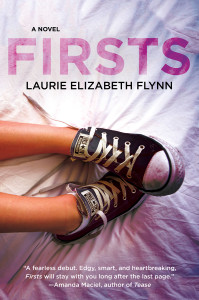 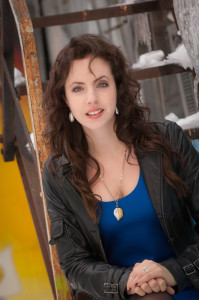 What is your idea of perfect happiness? Waking up without an alarm; coffee and crossword puzzles; a shady spot on a hot beach; long walks in the woods; wine on a patio; puppy cuddles; vintage clothes; the smell of old books.

What is the trait you most deplore in yourself? I can be really obsessive about things. Also, I’m always running late, no matter how hard I try to be on time!

What is the trait you most deplore in others? I dislike when people are overly judgmental and critical.

Which living person do you most admire? My parents. They’re generous and supportive – and proof that hard work and love make a meaningful life.

What is your greatest extravagance? Purses.

What is your current state of mind? Distracted and inspired.

What do you consider the most overrated virtue? Punctuality. (Spoken by a perennially tardy person.)

On what occasion do you lie? During dessert. “I can’t possibly finish this giant slice of cake…”

Which words or phrases do you most overuse? “Seriously,” “dude,” and “I can’t even.” I’m also known to tell my husband multiple times a day, “You’re my favorite human.”

Besides writing, which talent would you most like to have? I’d love to be a good cook but my smoke detector says otherwise.

What do you consider your greatest achievement? Holding a copy of my debut novel and realizing that a dream I’d had since I was nine years old was now a reality.

If you were to die and come back as a person or a thing, what would it be? A rock star. But I’d need a major overhaul on my voice.

What is your most treasured possession? My engagement ring and wedding band. There’s a lot of love and devotion in those circles!

What do you regard as the lowest depth of misery? Making a mistake you don’t know how to fix and knowing you hurt someone.

What do you most value in your friends? Loyalty, humor, and the understanding that even if we don’t see each other as often as we’d like, we still love each other just as much.

Who is your hero of fiction? Scarlett O’Hara. She’s bold, determined, and passionate, and when she screws up it’s with great aplomb. I just love her spirit.

Which historical figure do you most identify with? Coco Chanel. Driven, ambitious, and obsessed with fashion!

What is your motto? “If you tried, it was worth it.” I never want to let fear stop me from trying anything – in my writing, and in my life.

LAURIE ELIZABETH FLYNN writes contemporary fiction for young adults. Her debut, Firsts, is out now from Thomas Dunne Books/St Martin’s Press. She is also the author of a series of short stories, The Boys Tell All, on Wattpad. Laurie, who went to school for journalism, has also worked as a model, a job that took her from her native Canada to Tokyo, Athens, and Paris. She now lives in London, Ontario, with her husband and spoiled Chihuahua. Find Laurie on her website, Twitter, Facebook, Instagram, tumblr, Goodreads and Wattpad.