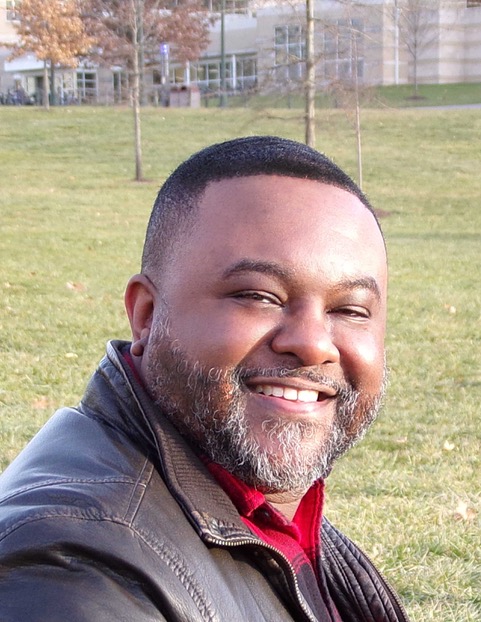 The Proust Questionnaire, popularized by the French novelist and essayist Marcel Proust, is said to reveal a person’s true nature through a series of probing, soul-searching questions. In the hot seat today, LAMAR GILES,  author of the MG novels The Last Last-Days-of-Summer (Versify, 2019) and The Last Mirror on the Left (out 10/20/20), and YA novels Not So Pure and Simple (HarperCollins, 2020), Spin (Scholastic, 2019), and many more.

What is your idea of perfect happiness? Being with a room full of loved ones and no one’s in pain. If you believe in Heaven, I guess that’s what’d be like.

What is your greatest fear? Sudden/Tragic Death. I mean, everyone dies, but I fear the idea that you could wake up one morning and be killed by some freak accident. Here one minute, gone the next. When I was on the road a lot, I had a particularly worrisome fear of dying alone in a hotel room far from home.

What is the trait you most deplore in yourself? I hate when I feel envy. I don’t know if there’s a person who NEVER feels it, but whenever it rises up in me, I feel like I need to counter it somehow. Like, try to do something good for someone out of nowhere just to wash away that sense of enviousness.

What is the trait you most deplore in others? Spite. I can’t stand people who actively try to make life harder for others because of some (probably petty) negativity.

Which living person do you most admire? My mom.

What is your greatest extravagance? Sometimes I’ll spend upwards of $15 bucks for a bottle of gourmet hot sauce. I’d never admit this around relatives.  <I hope your relatives don’t read this interview, Lamar. 🙂 –MR >

What is your current state of mind? Mildly depressed. We recently suffered a family tragedy that we’re working through. Every day is a little better, though.

What do you consider the most overrated virtue? Modesty. Particularly in the social media era. If you don’t boost your own ego from time to time, who will?

On what occasion do you lie? I will lie if I’m attempting to spare a loved one’s feelings. Easy example of this, I’ve spent years half-eating small spoonfuls of a loved one’s potato salad even though I hate mayonnaise, because they are very proud of their potato salad.

Which words or phrases do you most overuse? “So…”

Besides writing, which talent would you most like to have? Professional-level illustration skills. Sometimes there are images in my head that I’d most like to express with pictures instead of words, but I can barely draw a coherent stick figure.

What do you consider your greatest achievement? Remaining happily married to a wonderful spouse for over 15 years. It’s a rare thing where me and my wife come from.

If you were to die and come back as a person or a thing, what would it be? Definitely a person. As to which person, I honestly don’t know. Feels almost like a Monkey’s Paw scenario. Like, imagine I said I wanna come back as LeBron James, and I came back in his body, but my mind was still attuned to operating a much shorter/less powerful body. And it’s Game 7 of the NBA Finals. And it’s the start of the fourth quarter with the game tied. Now, LeBron James (me) has to perform, and I step onto the court moving like a dizzy giraffe? Maybe coming back as a dizzy giraffe would be better.

What is your most treasured possession? I suppose my iPad Pro because of the ability to read books, comics, write down ideas with my Apple pencil, and do a bunch of other stuff before I go to sleep. I use it every night.

What do you most value in your friends? Compassion and humor.

Who are your favorite writers? This is TOUGH, because I could probably give you a list of 50. Let’s do 10% of that, and I’ll tell you why they’re my favorites:

1) Stephen King – Because he was accessible when I was a kid who wanted to own books. Without a bookstore I relied on my local grocer, and I could always find Stephen King books. I loved those books so much that in the beginning of my career I wanted to be like him.

2) Tananarive Due – Because when I was convinced a Black person couldn’t make it in the publishing industry doing the sort of work I wanted to do, her books—particularly MY SOUL TO KEEP and THE GOOD HOUSE—proved me wrong.

3) Sheri Reynolds – She was the first writer I ever met in person. Aside from being supremely talented she became a mentor and friend. She’s still all of those things to this day.

4) Dwayne McDuffie (may he rest in peace) – Simply one of the best comic writers to ever walk the Earth, and he created some of my favorite heroes in his Milestone line. Static, Rocket, and Icon to name a few.

5) Brandon Massey – An excellent writer of horror and suspense who gave me my first shot. Forever grateful to him.

Who is your hero of fiction? My favorite fictional hero is probably Jessica Jacobs-Wolde from Tananarive Due’s African Immortal series. Her entire story is harrowing, and horrific, and she still finds time to freak out when giving her daughter driving lessons.

What is your motto? “Nothing is real until it’s real.”

LAMAR GILES writes for teens and adults across multiple genres, with work appearing on numerous Best-Of lists each and every year. He is the author of the acclaimed novels Fake ID, Endangered, Overturned, Spin, The Last Last-Day-of-Summer, Not So Pure and Simple, and The Last Mirror on the Left as well as numerous pieces of short fiction. He is a founding member of We Need Diverse Books and resides in Virginia with his wife. Learn more about Lamar on his website and follow him on Instagram and Twitter. 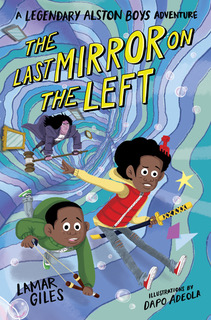 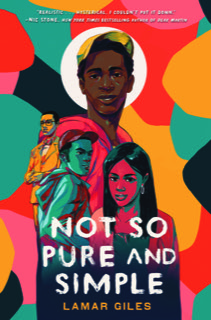