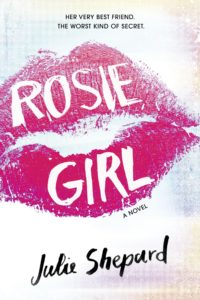 The Proust Questionnaire, popularized by the  French essayist and novelist Marcel Proust, is said to reveal a person’s true nature through a series of probing (i.e., nosy) questions. In the hot seat today: Julie Shepard, author of the contemporary YA debut, ROSIE GIRL (G.P. Putnam’s Sons).

What is your idea of perfect happiness? Is there such a thing? I mean, nothing is perfect, and happiness is so, well… fleeting. There are moments of happiness – like literally a moment – when you feel this lightness, this certainty, this grounding that all is right in your world. Honestly, that’s only happened a handful of times in my life and they occurred at the most mundane places: in traffic, at a restaurant, on a walk.

What is your greatest fear? Being buried alive.

What is the trait you most deplore in yourself? When I’m weak or acquiesce to someone.

What is the trait you most deplore in others? Rudeness.

Which living person do you most admire? My mom. 😊

What is your current state of mind? I’m normally a very optimistic person (I’ve often been called “Susie Sunshine”), but I haven’t been feeling well for a couple weeks, so I’m a little depressed.

What do you consider the most overrated virtue? Honesty, because people abuse it and hurt others’ feelings. There’s such a thing as tact.

Which words or phrases do you most overuse? “You’re f***ing kidding me.”

Besides writing, which talent would you most like to have? To sing. I have the worst voice ever!

What do you consider your greatest achievement? My two sons. They’ve grown into amazing young men. Can’t believe they’re mine!

If you were to die and come back as a person or a thing, what would it be? A professional athlete.

What is your most treasured possession? My baby grand piano.

What do you most value in your friends? Punctuality!

Who are your favorite writers? There are so many!! YA: Nicola Yoon, Jandy Nelson, John Green; Adult: Meg Wolitzer, Gillian Flynn, Caroline Kepnes.

Who is your hero of fiction? I don’t really have one, but I admire Bernadette in Maria Semple’s Where’d You Go, Bernadette? because she was so real (no b.s. with her) and made me crack up at every turn. I love people who can make me laugh. Maybe it’s the author who’s my hero. 🙂

Which historical figure do you most identify with? I’ve been asked this question before and still don’t have an answer for it! But I’m fairly entrepreneurial, so I’d probably choose someone like that.

What is your motto? Do unto others… 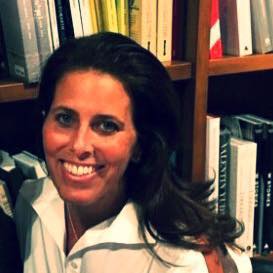 JULIE SHEPARD has an English degree from the University of Florida (Go Gators!) and a teaching degree in Middle Grades English. She lives by the beautiful beaches of South Florida. Find Julie on her website, Facebook and Twitter.