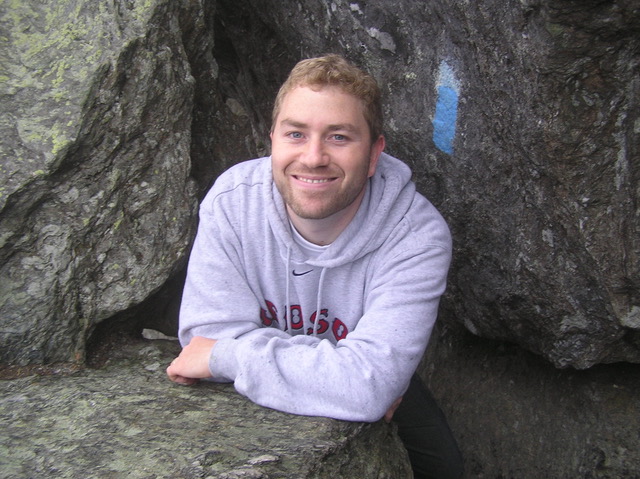 The Proust Questionnaire, popularized by the French essayist and novelist Marcel Proust, is said to reveal a person’s true nature through a series of probing, soul-searching questions. In the hot seat today: Josh Roberts, author of the MG debut, THE WITCHES OF WILLOW COVE (Owl Hollow Press, May 26, 2020).

What is your idea of perfect happiness? A comfortable chair, a great view, a bottomless cup of coffee, and all the time in the world to write, write, write! (And occasionally stop to read.)

What is your greatest fear? That something terrible might happen to my kids. There’s a famous quote, “Making the decision to have a child–it’s momentous. It is to decide forever to have your heart go walking around outside your body.” It’s probably the most profound description of how parenthood changes you that I’ve ever come across.

What is the trait you most deplore in yourself? So many to choose from! Self-loathing is my specialty. But if I had to choose just one, I think it’s how quickly I can go from happy to sad, hot to cold, and back again, seemingly without rhyme or reason. I often find myself wishing I were a more even-tempered sort of person.

What is the trait you most deplore in others? Extreme selfishness, which I often see manifesting as a lack of empathy toward others.

Which living person do you most admire? Former president Barack Obama, not necessarily for his political accomplishments as for how he conducts himself in his public life. He’s intelligent, kind, even-tempered, eloquent, and well-read. And, he’s a feminist, which I think is an extremely important quality to be open and vocal about, particularly as a role model for other men.

What is your greatest extravagance? Books. I own so many books! Walls and walls of them, and piles on the floors, stacks beside my bed, etc. I thought I could pare back by starting to purchase ebooks, but now when I really like an ebook I almost always end up buying it in paperback or hardcover, too. (Sometimes both.) It’s a problem, but not one I’m particularly motivated to fix.

What is your current state of mind? Anxious about everything.

What do you consider the most overrated virtue? Obedience. Which is not to say there’s no place for it, obviously, just that sometimes obedience is the exact opposite virtue of what’s required. Now that I reflect on it, I think you’ll find that some of the most important decisions my characters make in The Witches of Willow Cove are when they choose not to be obedient and instead forge their own paths based on what they perceive to be right and wrong.

On what occasion do you lie? Like most people, I probably tell little white lies now and then to avoid hurting someone’s feelings. More often, though, I’ll tell people everything’s fine with me even when it’s not.

Which words or phrases do you most overuse? Quotes from Star Wars. There’s one for pretty much every occasion. “I’ve got a bad feeling about this!”

Besides writing, which talent would you most like to have? Oh man, I wish I could draw well. I’m so in awe of visual artists.

What do you consider your greatest achievement? It’s a work in progress, but being a good dad and husband are the most important things to me, and to the extent that I’ve succeeded, I consider that my greatest achievement. Having written a novel that I’m proud of and that people seem to like is definitely up there, too, but it’s a distant second.

If you were to die and come back as a person or a thing, what would it be? I’d be a racoon. They’re nocturnal mammals just like me! (And yes, I totally just plagiarized a line from my own novel.)

What is your most treasured possession? When I was a kid, I bought a huge box of Silver Age Marvel Comics at a yard sale for a couple of dollars. Late ’60s and early ’70s Spider-Man, X-Men, Hulk, Thor, Avenges, and Captain America, mostly. They’re worth thousands now, but to me they are priceless because of the endless summer afternoons spent reading and re-reading them.

What do you regard as the lowest depth of misery? First drafts. [Gollum voice]: “We hates them!”

What do you most value in your friends? Wit and kindness.

Who are your favorite writers? So many! And so varied! But to narrow it down a little: Tana French, Kate Atkinson, Kate Morton, Tad Williams, Lloyd Alexander, J.K. Rowling, Colson Whitehead, and V.E. Schwab.

Who is your hero of fiction? I always wanted to be Indiana Jones when I grew up. I still do.

Which historical figure do you most identify with? This is a tough one. I would love to say someone like one of the English Romantic poets like Lord Byron or Percy Bysshe Shelley, or maybe a towering figure of virtue like Abraham Lincoln, but I think I aspire to be more like George Lucas or Steven Spielberg. Their collective output in the 1980s was formative to my own aesthetic and has resonated with me since childhood.

JOSH ROBERTS is an award-winning travel writer and editor, having written for such publications as USA Today, The Boston Globe, and Business Insider. These days, Josh writes the kind of middle-grade and young-adult novels he always enjoyed when he was a kid growing up in a spooky Victorian funeral home. He is currently at work on the second book in the Willow Cove series. Learn more about Josh on his website and follow him on Twitter, Facebook, Goodreads, and Instagram. 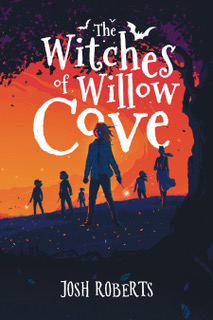