The Proust Questionnaire, popularized by the French essayist and novelist Marcel Proust, is said to reveal a person’s true nature through a series of probing (aka nosy) questions. It the hot seat today: Hillary Homzie, author of the contemporary MG, APPLE PIE PROMISES (Sky Pony).

What is your idea of perfect happiness? Being on an outdoorsy vacation with my three sons and my husband. Preferably some place where we can glimpse wildlife or the raw elements. Our recent trips–glacier trekking in Alaska and exploring the lava fields in Hawaii–came as close to perfect happiness as I can recall.

What is your greatest fear? Being separated from those I love. When I was three, I had a nightmare where I was in an elevator by myself with Mister Rogers and the doors snapped shut, leaving my parents still standing in the vestibule. Look, Mister Rogers epitomizes a comforting presence, but that didn’t matter to me. I hated being cut off from loved ones.

What is the trait you most deplore in yourself? Sometimes, in an effort to be considered nice, I don’t speak up. It’s why I chose for Lily, the protagonist of Apple Pie Promises, not to directly address her stepsister about their conflict. Instead, she passively aggressively tries to remedy the situation—which never works. Personally, I’m working on being better about speaking up. It’s still a struggle for me.

What is the trait you most deplore in others? Prejudice and hate.

Which living person do you most admire? Ruth Bader Ginsburg

What is your greatest extravagance? I just bought a new pair glasses that are a bit more fashion forward and not inexpensive. This feels extravagant as I have frump tendencies.

What is your current state of mind? In denial, pretending that I have a lot less on my plate than I do, which is my perpetual state of being.

What do you consider the most overrated virtue? The idea that silence is golden.

On what occasion do you lie? When I’m writing (and on a roll), I’ll tell my husband that I’ll get to bed in a second. It’s just to buy more time. But I really mean fifteen minutes or more. I should just tell him that I’m going to be awhile, but it’s that whole I just-wanna-be-nice thing.

Which words or phrases do you most overuse? “That meant…” and “snapped” (dialogue tag when a character is mad). I have a tendency to start a sentence with “and.”

Besides writing, which talent would you most like to have? I wish I could sing. My voice is awful—even I can hear how dreadful I am, except in the shower, of course.

What do you consider your greatest achievement? My three sons.

If you were to die and come back as a person or a thing, what would it be? Person.

What is your most treasured possession? My laptop.

What do you regard as the lowest depth of misery? Losing a loved one.

What do you most value in your friends? Intellectual curiosity, kindness and being present.

Who is your hero of fiction? Elizabeth Bennet and Peter Warren Hatcher.

Which historical figure do you most identify with? Clara Lemlich, the leader of the shirtwaist workers strike.

What is your motto? Everything is a teachable moment 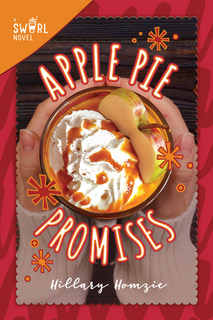