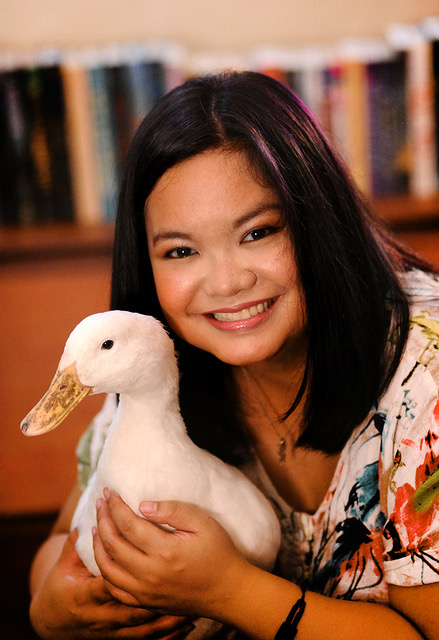 The Proust Questionnaire, popularized by the French essayist and novelist Marcel Proust, is said to reveal a person’s true nature through a series of probing, soul-searching questions. In the hot seat today, Gail D. Villanueva, author of the contemporary MG debut, MY FATE ACCORDING TO THE BUTTERFLY (Scholastic, July 30, 2019).

What is your idea of perfect happiness? A simple life in a self-sustaining farm with my human and animal family.

What is your greatest fear? I have an irrational fear of needles and enclosed spaces (I would rather climb ten flights of stairs than to ride an elevator on my own), but what scares me the most is the possibility of leaving my younger sister alone when I die. She has schizophrenia, and mental health care isn’t great here in the Philippines, so my parents, my husband, and I do what we can to make sure she’ll be provided for when we’re gone.

What is the trait you most deplore in yourself? My pride. 🙂

What is the trait you most deplore in others? Mata-pobre (mah-tah-poh-breh). This is a Tagalog description for someone who looks down on others, particularly the poor. “Elitist” is probably the closest translation in English, but I feel “mata-pobre” has more gravity, especially in terms of cultural context. I grew up in a lower-middle class family. Even though we’re living more comfortably now, our experiences have stayed with me—in particular, being looked down upon just because we’re not rich. It really bothers me to see someone who cannot look past their privilege, mocking or condemning those who have less than they do, and making sweeping statements that are hurtful to people who don’t have the privilege they take for granted.

Which living person do you most admire? My husband. It’s not easy living with me, haha. He’s my rock—the one who keeps me grounded, and the one calms me down whenever I feel like my whole world is crumbling.

What is your greatest extravagance? I’m mostly a practical person (though my husband is so more frugal than I am), so “extravagance” for me would be something I don’t really “need.” We don’t have a lot of money, so it’s not often I buy anything that’s extravagant. I think the most expensive indulgence I’ve ever gotten was to get highlights at a hair salon that’s out of my budget.

What is your current state of mind? Chill. My husband and I are biking regularly now, and it’s been helping a lot with my stress. I also do yoga and mat exercises with the dogs. Having doggy slobber all over your face is far from relaxing, but the dogs seem to really love it whenever I’m there on the floor with them. They’re so funny whenever they try to imitate my yoga poses—their “Downward Dog” is just too adorable for words!

What do you consider the most overrated virtue? Patience. Because there are a lot of times you have to take matters into your own hands and not just wait for things to happen.

On what occasion do you lie? I avoid it as much as I can… Or just let someone else do the lying so I’ll have the option to neither confirm nor deny. 🙂

Which words or phrases do you most overuse? Actually, I use the word “actually” a lot when speaking. “Just” is common in my writing.

Besides writing, which talent would you most like to have? Driving well. I’m the worst driver ever! My husband and I joke a lot about how I can take on almost any job I want as long as I put my mind into learning it. That is, except for becoming an ambulance driver. It requires special skill to navigate Metro Manila traffic behind the wheel of an ambulance during an emergency. And since I don’t even have a shred of unexceptional driving skill… Gail: Ambulance Driver = Terrible Idea.

What do you consider your greatest achievement? Being able turn my non-reader dad and younger sister into readers because of My Fate According to the Butterfly. I’m still working on my husband!

If you were to die and come back as a person or a thing, what would it be? A spoiled pet duck. My own ducks basically just eat, sleep, and swim all day. At their every quack-scream, we, their human servants, give them whatever they want. My husband literally drives to another city in order to get them their favorite brand of feed. That’s an awesome life, don’t you agree? 🙂

What is your most treasured possession? A pretty wooden bracelet my husband gave me. I feel incomplete leaving the house without it!

What do you regard as the lowest depth of misery? Having so much hate and jealousy that you can’t find happiness and satisfaction in anything anymore. I have seen this in some people and I honestly can’t help but pity them. It’s really sad to not be able experience the simple joys in life.

What do you most value in your friends? Their honesty.

Who is your hero of fiction? I love Percy Jackson. (Percy Jackson and I have the same fatal flaw: excessive personal loyalty.) But the thing I admire most about {Percy’s creator}, Rick Riordan, is that he makes good use of his privilege to uplift authors of color.

Which historical figure do you most identify with? Leonardo da Vinci. Not because of his masterpieces, but because of his unfinished projects! I have so many WIPs in the pipeline. Thank goodness for my lovely agent—if not for her, I doubt I’d ever finish anything. 🙂

What is your motto? The Socratic Paradox, “I know that I know nothing.”

GAIL D. VILLANUEVA is a Filipino author born and based in the Philippines. She’s also a web designer, an entrepreneur, and a graphic artist. She loves pineapple pizza, seafood, and chocolate, but not in a single dish together (eww). Gail and her husband live in the outskirts of Manila with their dogs, ducks, turtles, cats, and one friendly but lonesome chicken. Learn more about Gail on her website, and follow her on Facebook, Instagram and Twitter. 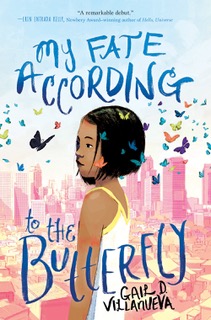