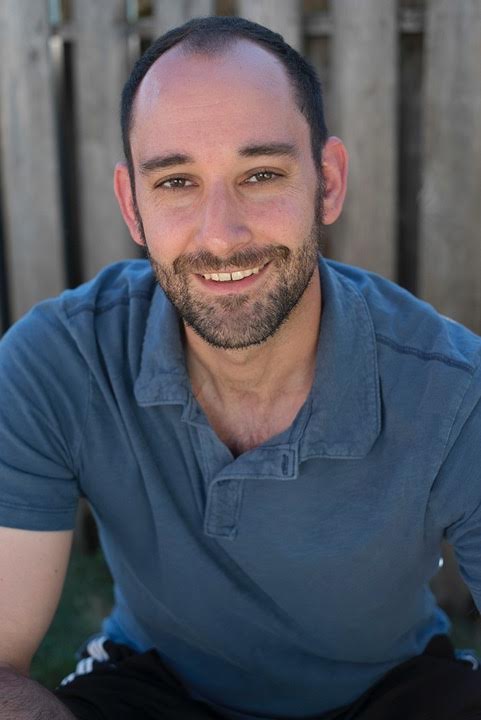 The Proust Questionnaire, popularized by the French essayist and novelist Marcel Proust, is said to reveal a person’s true nature through a series of probing, soul-searching questions. In the hot seat today: Doug Cornett, author of the MG mystery debut, FINALLY, SOMETHING MYSTERIOUS (Knopf BFYR, 2020).

What is your idea of perfect happiness? Perfect happiness would be a day with enough hours to play with my kids, go on a date with my wife, pluck a book off the shelf and read in the sun, write 1000 words, shoot hoops, see live jazz, have a profound literature discussion with my high school English class, and bake banana bread. In lieu of that, perfect happiness is a forehand smash in ping pong.

What is your greatest fear? Aside from the usual anxieties any parent feels about their kids, my greatest fear is suddenly finding myself chewing on a rubber band.

What is the trait you most deplore in yourself?  I try to be forgiving with myself, and so “deplore” feels like too strong a word. But, I get the gist of the question, so I’ll quote a line from “Sister Golden Hair” by America: “I’ve been one poor correspondent, and I’ve been too, too hard to find, but it doesn’t mean you ain’t been on my mind.” Yeah, I strive to be better at keeping in touch with those I care about.

What is the trait you most deplore in others? Absence of humility.

Which living person do you most admire? George Saunders. His writing celebrates empathy again and again, and in such a bizarre, beautiful, and hilarious way. Also, Barack Obama, because what a leader.

What is your greatest extravagance? (Pre-Covid) I buy cups of coffee from the coffee shop when I could just make it at home.

What is your current state of mind? Hopeful.

What do you consider the most overrated virtue? Certainty. Not sure if it’s a virtue or not, but it usually ends up in some kind of trouble.

On what occasion do you lie? Usually when I hear a knock at the front door, I’ll go completely still so that nobody expects I’m home. I’ve even been known to duck behind a couch. I’m not proud of this.

Which words or phrases do you most overuse? “Be careful, bud.” I say it to my toddler about 3,000 times a day.

Besides writing, which talent would you most like to have? I always wanted to be a jazz drummer. Also, I was a big fan of the Teenage Mutant Ninja Turtles as a kid, specifically Michelangelo. So knowing how to use nunchuks would be pretty cool.

What do you consider your greatest achievement? The 2016 Cleveland Cavaliers NBA championship, though I admit I had very little to do with it. And I was never able to beat Mike Tyson’s Punchout as a kid, but I did at the age of 30. Also, I’m proud and grateful for my family, but I wouldn’t call them an achievement, exactly. I’m also pretty excited about my debut novel, Finally, Something Mysterious.

If you were to die and come back as a person or a thing, what would it be? A rocking chair on a porch overlooking ocean cliffs.

What is your most treasured possession? My coffeemaker. But I’d say it owns me, and not the other way around.

What do you regard as the lowest depth of misery? The mindset of being certain you can’t learn anything new.

What do you most value in your friends? Kindness and an irreverent sense of humor.

Who is your hero of fiction? Sonny from James Baldwin’s “Sonny’s Blues,” because he’s been dealt such a rough hand but he keeps striving for beauty and clarity of expression. Also, Encyclopedia Brown.

Which historical figure do you most identify with? Samurai warriors during the feudal era in Japan had a code of conduct that they lived by called “bushido.” Part of the bushido was to meditate on the eventuality of death so that you did not fear it. They’d contemplate being killed and maimed in all sorts of ways to conquer their fear. That’s pretty much how I feel about publishing, in which you will inevitably die a thousand deaths. If you conquer your fear of rejection, you can become fearless with your writing. I’m still working on that.

What is your motto? I write the same thing at the top of every page when I’m brainstorming writing ideas: “Tell the Story.” That’s my motto.

When he was a kid, DOUG CORNETT aspired to be an all-star point guard in the NBA. When he realized that probably wasn’t going to happen, he turned his attention to writing and never looked back. Now, in addition to writing middle-grade mystery novels, he likes playing ping-pong, spending time with his wife and kids, noodling on the guitar, and rooting for the Portland Trail Blazers and Cleveland Cavaliers. Originally from Cleveland, Ohio, he now lives in Portland, Oregon where he teaches high school English and History. Learn more about Doug on his website and follow him on Twitter and Instagram.