The Proust Questionnaire, popularized by the French novelist and essayist Marcel Proust, is said to reveal a person’s true nature through a series of probing, soul-searching questions. In the hot seat today: Dorian Cirrone, kidlit author of The First Last Day, Prom Kings and Drama Queens, Dancing in Red Shoes Will Kill You, and more!

What is your idea of perfect happiness? Seeing a great show on Broadway with my family and eating dinner together afterward, something we haven’t been able to do for a while.

What is your greatest fear? Almost everything I see on every cop or detective show on TV. I don’t know why I keep watching them.

What is the trait you most deplore in yourself? Procrastination. I have perfected it to a science.

What is the trait you most deplore in others? Besides the obvious things like racism and cruelty to others, I find people who carry stories from one person to another for the sole purpose of making trouble (e.g., Iago in Othello) particularly evil.

Which living person do you most admire? I don’t want to bring politics into this, but I admire anyone who is trying to bring the country together during these difficult times.

What is your greatest extravagance? During the pandemic, it has definitely been buying way too many e-books and signing up for way too many writing webinars. I may have to stay inside another whole year to read and watch everything I’ve purchased. In my defense, many have been great bargains.

What is your current state of mind? I’m feeling pretty peaceful, awaiting a future in which I hope we’ll all treasure the small things we’ve missed during the pandemic. However, much of my current state has to do with the fact that my adult son is spending the winter working from our home instead of his apartment in Manhattan. And no one can make me laugh the way he does.

What do you consider the most overrated virtue? Not complaining ever. Everyone has something to complain about at some point. It’s dishonest to pretend everything is always fine. <Hear, hear, Dorian! Did I mention that my back hurts and I have two neuromas on my left foot? 🙂 >

On what occasion do you lie? I’m a terrible liar, but I suppose in the past I’ve lied in order to spare someone’s feelings.

Which words or phrases do you most overuse? Definitely, definitely.

Besides writing, which talent would you most like to have? I’d love to be able to play the piano. When my kids took lessons, I would sit in and then go home and practice myself, but it was way too much work. I wish I’d had the patience for it.

If you were to die and come back as a person or a thing, what would it be? Maybe someone like Dolly Parton who has used her creativity, influence, and money to make the world a better place.

What is your most treasured possession? I’m at a stage where I’d like to get rid of stuff that clutters up my space. I inherited antiques, dish sets, and other things that I know meant a lot to others but just make me anxious. Right now, my treasured possession is my e-reader with all the books I’ve downloaded. Also, my current work in progress on my computer.

What do you regard as the lowest depth of misery? Watching anyone in pain that you can’t do anything about.

What do you most value in your friends? Honesty, intelligence, humor, loyalty.

Who are your favorite writers? In children’s writing, three writers I admire tremendously are: Kate DiCamillo, Laurie Halse Anderson, and Rebecca Stead. As a graduate student, I did a concentration on Faulkner and continue to be in awe of his work.

Who is your hero of fiction? This isn’t from a written work, but I’ve always found Rick in Casablanca to be a great hero because he’s able to transform from being a jaded person to one who puts his own desires aside for the greater good.

Which historical figure do you most identify with? I would love to say that I identify with Eleanor Roosevelt, but I can only aspire to her wisdom and ability to overcome great odds.

What is your motto? “Run your own race.”

DORIAN CIRRONE has been a door-to-door survey taker, a dance teacher, a journalist at a daily newspaper, and a college writing instructor. But making up stories has been her best job ever. She is an award-winning author of several books for kids, tweens, and teens. She has also published poetry, short stories and essays for children and adults. Her books have been featured on the Amelia Bloomer List of feminist books for young readers, Bank Street College’s Best Books list, the American Library Association’s Popular Paperback list, and more. Her middle-grade novel The First Last Day won a Gold Medal in the Florida Book Awards contest and has been translated into Swedish, Finnish, Norwegian, and Azerbaijani. She holds a master’s degree in English and has taught writing at several conferences, workshops, and universities. Learn more about Dorian on her website and follow her on Twitter and Facebook. 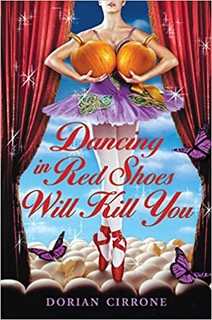 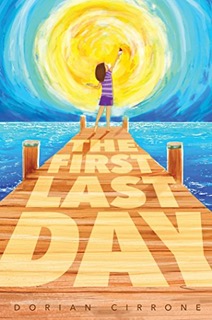