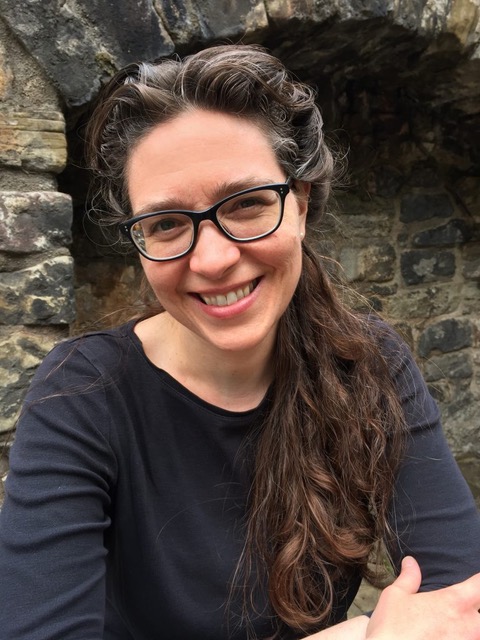 What is your idea of perfect happiness? Being home with my family with each of us engaged in a task we love (for me, that would be writing), but planning to do something together later in the day. The contentment of the solitary creative moment combined with the anticipation of something family-related is a simple beauty, and something I try to evoke often in my life.

What is your greatest fear? That something will hurt the people I love.

What is the trait you most deplore in yourself? I brood too much. (Then again, it helps me come up with conflicts for my characters!)

Which living person do you most admire? My 12-year-old son. He’s an introverted, thoughtful boy growing up in a society with toxic pressures and expectations for boys, but is standing up against them in his own quiet way, being himself.

What is your greatest extravagance? Tea—I love fine tea, imported from the U.K., France, and Russia. That it’s the only tea I drink makes it an ongoing but very necessary extravagance!

What is your current state of mind? A wee bit brooding…

What do you consider the most overrated virtue? Obedience.

On what occasion do you lie? When it would hurt someone too much to tell the whole truth.

Which words or phrases do you most overuse? Each time I finish a draft of a book, I run a global search for a list of words, then count how many times I’ve written them, and then replace or delete them until I have a reasonable number. “Turn,” “look,” “shudder,” and “shiver” are always in this list. It’s helpful to catch myself on these in particular. Removing them makes my writing more specific, less stagey, and challenges me to think of what’s really going on and how I should describe it.

Besides writing, which talent would you most like to have? I’d love to have the physical endurance of some of my characters! They’re on the run all day, and still have the energy to wield a sword or climb a stone wall!

What do you consider your greatest achievement? That I live the life I lead with the people I love most, pursuing a career as an author alongside a rewarding career that supports my family, and being a spouse and parent to, respectively, two extraordinary people.

If you were to die and come back as a person or a thing, what would it be? I’d like to come back as myself, if I could; I’ve reached a point where I rather like who I am! (If I had to pick, I’d choose Mary, Queen of Scots—and change history. I’d shun Darnley, manipulate my half-brother James into doing my bidding, and avoid antagonizing Elizabeth too much…)

What is your most treasured possession? It’s not just one, but many: The creations my son has made for me over the years. Drawings of castles or folded castles, his own origami designs, cards, paintings, sculptures, and notes.

What do you regard as the lowest depth of misery? Losing the people I love.

What do you most value in your friends? True kindness.

Who are your favorite writers? Susan Cooper, Philip Reeve, Geraldine McCaughrean, Katherine Langrish, Kelly Barnhill, and Jason Reynolds. Each has written at least one book that has affected me powerfully as both a person and an author.

Who is your hero of fiction? Lyra from The Golden Compass. I adore her determination, her utter faith in herself even when everything seems hopeless, her loyalty, her love, and her generosity. She’s also very brave, but it’s her particular brand of kindness that draws me the most.

Which historical figure do you most identify with? I identify most with the people who never make it into histories, those who work on the outskirts or outside of the lives of royalty or famous soldiers. The people I identity with are the ones who get the work done: the most important and least recognized aspects of everyday life.

What is your motto? “Never give up.”

DIANE MAGRAS, author of the New York Times Editors’ Choice The Mad Wolf’s Daughter, as well as its companion novel, The Hunt for the Mad Wolf’s Daughter, grew up on Mount Desert Island in Maine surrounded by woods, cliffs, and the sea. She is addicted to tea, toast, castles, legends, and most things medieval. Diane lives with her husband and son and thinks often of Scotland, where her novels take place. Learn more about Diane on her website and follow her on Facebook, Twitter, Goodreads, and Instagram. 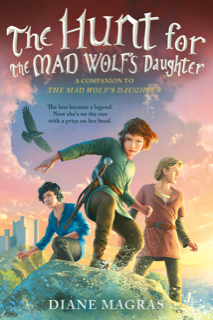 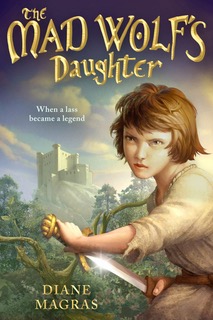