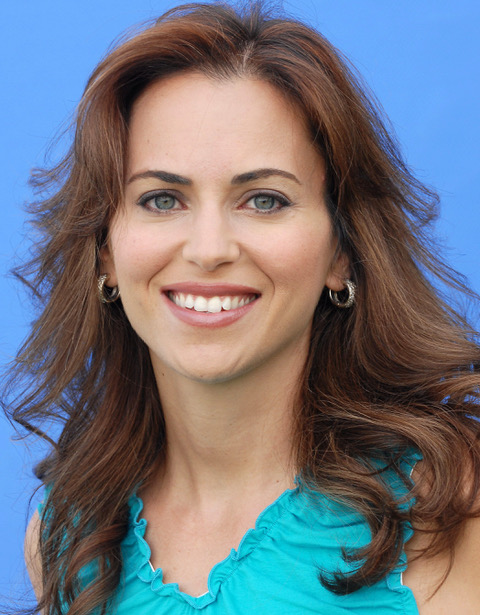 Ask the Author: Debbie Reed Fischer, kidlit author of This is Not the Abby Show, Swimming with the Sharks and Braless in Wonderland.

What is your idea of perfect happiness? Going to Florida Panthers hockey games with my husband and two sons. I know it’s “just a game,” but it’s a game that has provided wonderful memories and experiences with my family over the years. Plus, it’s acceptable at these games to yell your head off until your voice is hoarse, high five strangers, play “spot the Canadian in the stands,” people-watch, witness the greatest hockey players in the world, AND possibly catch a tee shirt flying through the air, all of which make me happy.

What is your greatest fear? Something terrible happening to a loved one or close friend. Even before Covid was upon us, I have always had a fear of getting a dreaded phone call about someone I love.

What is the trait you most deplore in yourself? I’m a germaphobe, although that has become acceptable now, given our current situation. I wish I could enjoy myself at a water park, but all I see is a giant petri dish full of germs. I’m also a nervous, fearful driver. It’s so embarrassing. My college friends used to call me “Grandma” because of how I drive. Okay, they still do.

Which living person do you most admire? Not a very original answer, but my mom. I interviewed her on a series of tapes in the ’90s and recently transcribed the tapes. The resulting document is 298 pages about the genesis of our Cuban Jewish family. I just gave it to her as a gift. It details my mom’s family being twice-exiled from two countries (Lithuania and then Cuba). I plan to use it as a primary source for an upcoming novel. I’m very fortunate to have had such an extraordinary, strong role model in my mom, as well as all my relatives.

What is your greatest extravagance? Vacations with my family and buying books.

What do you consider the most overrated virtue? Prudence. Sometimes you have to throw caution to the wind, break rules, and take risks to get anywhere.

On what occasion do you lie? If the truth will hurt someone’s feelings, I might lie.

Which words or phrases do you most overuse? “Hello!” when something is obvious, particularly when my sons ask if we have any food in the house and my response is opening the refrigerator while shouting this word.

Besides writing, which talent would you most like to have? I’d like to be a skilled guitarist. I’m working on it. I get occasional work as a background singer and have sung in bands, but my guitar skills have always been “eh.” So I’ve decided to try this thing called practicing. It works! I’ve also been horseback riding for the last year or so and would like to continue improving in the arena as well.

What do you consider your greatest achievement? My children. They are thoughtful, kind, intelligent, funny humans. Mensches. I know some people say raising children isn’t necessarily an accomplishment, but if you think writing a novel is difficult, try parenthood.

If you were to die and come back as a person or a thing, what would it be? I’d come back as a screenwriter and move to L.A. at a young age to break in. My Bachelor’s Degree from the University of Miami is in Screenwriting, and I dabbled in it when I was a film agent, mainly as a script doctor for TV pilots. I also contributed to original screenplays for indie films and for U.S.O. shows during Operation Desert Storm. I’d go all in for a career in music in another life too.

What is your most treasured possession? My engagement/wedding ring combo. We’ve been married 27 years and he’s still my favorite person.

What do you regard as the lowest depth of misery? Right now, I’d have to say this pandemic. It has brought heartbreak and suffering to so many. It’s terrifying, tragic, and so very, very sad.

What do you most value in your friends? Vulnerability, humor, empathy, warmth, authenticity. I don’t deserve my friends. They put up with my lousy phone call response time and forgive me when I go off on tangents or accidentally interrupt them. They are passionate about books, creativity, movies, TV shows, politics, and Tikkun Olam (“repairing the world” in Hebrew). I’m really lucky. Growing up, part of my fantasy of becoming an author was having friends in my life who are authors. Nowadays, I still pinch myself that I grew up, got published, and have close friends who are authors.

Who are your favorite writers? Aside from all my talented kidlit and romance lit author friends, a few are: Isabelle Allende, Augusten Burroughs, Sue Townsend, Mindy Kaling, Naomi Ragen, Nathan Hill, David Sedaris, Tucker Shaw, Meg Cabot, Alex Flinn, Marjetta Geerling, Grace Dent, Jenny Lawson, and of course, Judy Blume. I had the honor of getting to know Judy Blume a few years ago when I interviewed her in front of an audience of 500 people. She gave me a gold compact mirror and lovely note, which I keep right next to my computer for inspiration.

Who is your hero of fiction? Jane Eyre. Despite the cards she’d been dealt, she knew her worth and chose optimism. I also like Birdy in Catherine, Called Birdy by Katherine Cushman. It’s the only time I’ve read a middle-grade historical that had me laughing out loud.

Which historical figure do you most identify with? Queen Elizabeth I. She encouraged the Arts and Literature. Great poets and playwrights emerged during her reign. She loved good writing, witty jokes, hard work, and appreciated the people in her life. She was a feminist. She was unapologetically herself in a world where women, even queens, were expected to conform. She didn’t fit the mold and was an outcast. She was loud. She was punk rock before her time.

DEBBIE REED FISCHER is the author of novels for teens and tweens, Braless in Wonderland (Penguin/Dutton), Swimming with the Sharks (Flux), and This Is Not the Abby Show (Random House/Delacorte), which won the Royal Palm Literary Award, was featured in Kveller.com‘s list Beyond Judy Blume: Must-Read Books for Jewish Girls, and is a PJ Library selection. This Is Not the Abby Show has been compared to Jack Gantos’s Joey Pigza series (Publisher’s Weekly), as well as Jeff Kinney’s Diary of a Wimpy Kid and Renee Russell’s The Dork Diaries series (Booklist). Debbie has contributed to anthologies, non-fiction books, magazines, newspapers, as well as TV scripts. Before becoming an author, Debbie worked as an agent for film and television and was also a teacher. Her mother is Cuban Jewish and her father is from New England with Scottish roots. She grew up in England, Greece, and Israel, and now divides her time between Florida and North Carolina with her husband, a lazy dog named Daisy, and her two sons, of whom she is very proud. Learn more about Debbie on her website and follow her on Twitter, Instagram, and Facebook. 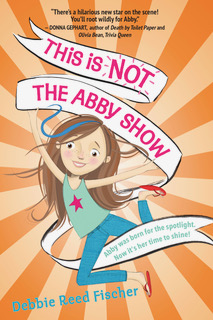 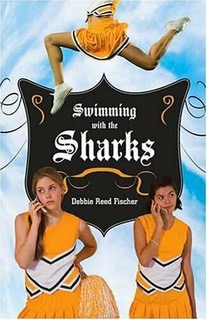 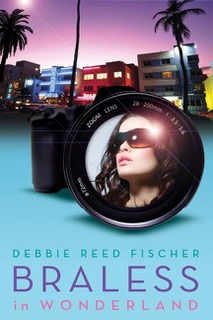