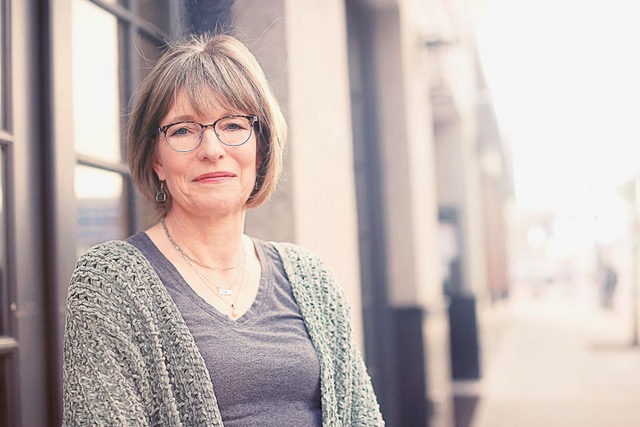 The Proust Questionnaire, popularized by the French essayist and novelist Marcel Proust, is said to reveal a person’s true nature through a series of probing, soul-searching questions. In the hot seat today: Cathleen Barnhart, author of the MG contemporary debut, THAT’S WHAT FRIENDS DO (HarperCollins, January 28).

What is your idea of perfect happiness? A cup of  decaf coffee, my cat, Scout, snuggled on the couch next to me, and a good book. However, Scout believes herself to be the queen, and rarely deigns to snuggle. I guess that’s the way perfect happiness comes to us: rarely, so we remember to appreciate it.

What is your greatest fear? Bad things happening to my family (pooh pooh pooh).

What is the trait you most deplore in yourself? I’m a better instruction giver than listener. I can’t help myself. Far too many of my sentences begin, “You should…”

What is the trait you most deplore in others? Hypocrisy.

Which living person do you most admire? Oh, that’s so easy: Michelle Obama. I adore her. She is dignity and compassion personified.

What is your greatest extravagance? Traveling. When I was growing up, vacation meant driving to the Jersey Shore for a week or visiting the grandparents. I went to college on scholarship, and was still a student (in grad school, with no money) when I got married. Then, it was years of little kids and work. In my early forties, I won a trip for four to Israel, which completely changed my life. Every part of that trip was magic, and it led me to an obsession with traveling and seeing the world.

What is your current state of mind? Appreciative of my life and my incredible good fortune, but deeply worried about the future of democracy, and of our rapidly warming earth.

What do you consider the most overrated virtue? Some people think neatness and organization are virtues. I don’t. I am deeply suspicious of neat, organized people.

On what occasion do you lie? When it’s in the service of protecting someone’s feelings.

Which words or phrases do you most overuse? In writing, “just” and “actually.” In speaking, “you should” (see above) and “I mean.” “I mean,” is just a filler phrase that doesn’t actually serve a purpose.

Besides writing, which talent would you most like to have? I wish I could sing. I have learned, through voice lessons, how to follow along when someone else is singing, and to stay relatively on-key. But as soon as there isn’t a note for me to pitch my voice to, I’m lost.

What do you consider your greatest achievement? I have three fairly well-adjusted children who are all making their way in the world, and doing good work. I am proud of them, and of whatever small part I had in making them who they are.

If you were to die and come back as a person or a thing, what would it be? A bed. A bed with the ability to comfort the person sleeping in it.

What is your most treasured possession? My photo albums and photo books. And the photos that cover two walls in my family room.

What do you regard as the lowest depth of misery? If one of my children were suffering and I could do nothing to alleviate that suffering.

What do you most value in your friends? A sense of humor, compassion, and a willingness to travel.

Who are your favorite writers? Oh dear, there are so many! I’m going to stick to writers who write for children and teens…Joan Aiken, J.K. Rowling, Laurie Halse Anderson, Sarah Dessen, Erin Entrada Kelly, and Karen Cushman. The Midwife’s Apprentice might be my favorite MG book ever.

Who is your hero of fiction? The protagonist in The Midwife’s Apprentice (whose name changes over the course of the book, so I won’t give it away here). She overcomes such incredible adversity. Also, her best friend is a cat.

Which historical figure do you most identify with? Leonardo daVinci, not because I think I’m brilliant, but because I’m also a very slow worker. It took DaVinci for-freaking-ever to complete anything. In the seventeen years he worked for the Duke of Milan, he painted only six paintings. His masterpiece, The Last Supper, was supposed to be completed in six months, but he spent about three years painting it.

What is your motto? “Be the change you wish to see in the world.” (Which was not said by Mahatma Ghandi, even though it is attributed to him.)

CATHLEEN BARNHART has been writing her whole life. She wrote her first story she she was seven. It was called “Aunt Ant.” Later, she majored in Creative Writing at Carnegie-Mellon University and then got an M.F.A. in Fiction Writing from the University of Massachusetts at Amherst. She has held more jobs than she can count, including process camera operator, waitress, perfume salesperson, college writing instructor, and middle school teacher. She is married and has three mostly grown children, an excitable rescue dog named Zeke and a Machiavellian cat named Scout. When she’s not reading, writing, or walking Zeke in the woods, Cathleen fosters kittens and does CrossFit because it’s important to be sensitive and strong. Learn more about Cathleen on her website and follow her on Twitter, Facebook, and Instagram. 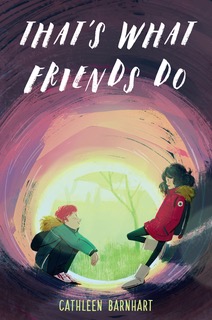