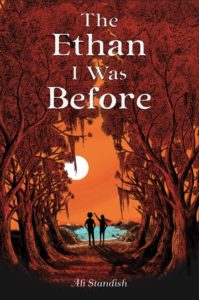 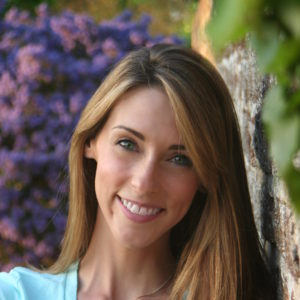 The Proust Questionnaire— popularized by the French essayist and novelist, Marcel Proust — is said to reveal a person’s true nature through a series of probing (i.e., nosy) questions. In the hot seat today: Ali Standish, author of the MG novel, THE ETHAN I WAS BEFORE (HarperCollins/Orchard, January 24, 2017).

What is your idea of perfect happiness? I have so many. Curled up with my dog and my husband, reading a book on a rainy night. Running through fresh snow. The first day of summer camp. The last day of school. The moment you catch sight of a family member in the airport, or an old friend you haven’t seen in forever. Digging your toes into the sand.

What is your greatest fear? Again…I can think of quite a few. Letting other people down. Losing loved ones too early. Living with regrets.

What is the trait you most deplore in yourself? I think over the years I have developed a cynical streak, and I’m not sure where that comes from. I’m working on shaping a more positive worldview.

What is the trait you most deplore in others? I don’t understand people who do not have empathy for others. As a writer, it is a job requirement. You have to be able to put yourself in someone else’s shoes. It’s hard for me to fathom people who don’t do that when they make decisions that affect others.

Which living person do you most admire? I have to go with J.K. Rowling. The more I write, the more I am in awe of her books. She has dealt with the unimaginable burden of pressure that comes with that kind of success so gracefully. But mostly, I think every children’s author writing today owes a huge debt to her. Her books directly caused a seismic shift in the way we view children’s literature not unlike Lewis Carroll’s Alice in Wonderland did at the time. It seems like every couple of years, a new critic or author comes out with a think piece about why Harry Potter’s success spells the death of high culture. I think just the opposite—her books represent the beginning of a renaissance for children’s literature. Not only have they caused the world to sit up and take notice of children’s books as an integral part of our culture, but their crossover success has helped to break down the barrier that exists in many people’s minds between “literature” and “children’s literature.” I think because of her more people are open to the idea that children’s literature is literature, and children are serious readers. Okay. Rant over.

What is your greatest extravagance? I love to travel, and whenever I can convince my husband to take me somewhere, we’re off. I just love the sensation of savoring a new place. Next weekend, we’ll be in Edinburgh for the first time. I can’t wait!

What is your current state of mind? Hopeful. Grateful. A tad bit peckish.

What do you consider the most overrated virtue? Ambition for ambition’s sake is. If you have ambitions to better yourself, to take care of your family, or because setting yourself high goals and achieving them brings you joy, then more power to you! But I don’t buy that everyone needs to always be working their way up some invisible ladder just to say they were the best at something. There is more to life than that.

On what occasion do you lie? I will never give a book a bad rating/review. I just don’t have it in me (unless there’s something I find terribly offensive or totally reprehensible). I just move onto the next book on my list. So I suppose that’s lying by omission!

Which words or phrases do you most overuse? BUT. I get called out on this every single time someone reads a WIP. I’m never aware of it when I’m writing, BUT apparently I do it all the time!

Besides writing, which talent would you most like to have? I would love to be able to belt out a tune like nobody’s business. I am always a bit jealous of people who have that outlet to physically express their emotions. It seems so satisfying!

What do you consider your greatest achievement? The achievements I’m proudest of are the ones that have made a difference in someone’s life. So, while getting a book deal is something I’m very proud of, I will be a hundred times prouder if I get a letter telling me that it has made a difference to a reader. Before I wrote The Ethan I Was Before, I was working in a Title I school, and I think I helped quite a few students get into and prepare for college. I am really proud to have been a part of their journeys.

If you were to die and come back as a person or a thing, what would it be? The wind, maybe, or an ocean wave. Something that would allow me to drift through the world and soak it all in.

What is your most treasured possession? My engagement ring. It belonged to my grandmother originally. She and my grandfather were married for over sixty-five years.

What do you regard as the lowest depth of misery? Losing someone you love deeply, particularly when it is unexpected.

Who are your favorite writers? Like…top 100? Okay, fine. I’ll go with ten. Sharon Creech and Katherine Paterson’s books were hugely influential to my education as a reader, a writer, and a human being. I tore through everything Roald Dahl ever wrote multiple times. Some of my favorite authors writing today are Rebecca Stead, Jacqueline Woodson, Patrick Ness, Rita Garcia-Williams and Franny Billingsley. Sometimes I read books for grown-ups, too. Ann Patchett and Tana French are probably my favorites.

Who is your hero of fiction? Matilda is incredible. In the book, certainly, but perhaps maybe even more so in the play adaption of the book. I highly recommend it!

Which historical figure do you most identify with? I have always felt a strange connection with the American poet Elizabeth Bishop. I wrote my undergraduate thesis on her, so I’ve read pretty much everything she ever published and much of her epistolary writing that was published posthumously. When I read her writing for the first time, I just thought…yes! This is all the things I’ve felt about the world but never had the words to say. She spent her life bouncing around from place to place, never quite feeling that she totally belonged anywhere, and I relate to that feeling a lot, too.

What is your motto? This quote from Djuna Barnes’s Nightwood has stuck with me for a long time: “The modern child has nothing left to hold to, or, to put it better, he has nothing to hold with. We are adhering to life now with our last muscle–the heart.”

ALI STANDISH grew up in North Carolina and graduated from Pomona College before spending several years as an educator in the Washington, D.C. public school system. She has an MFA in children’s writing from Hollins University and is working on an MPhil in Children’s Literature from the University of Cambridge. She lives with her Finnish husband and rescue dog in Grantchester, UK.  Find Ali on her website, Facebook, Twitter and Goodreads.