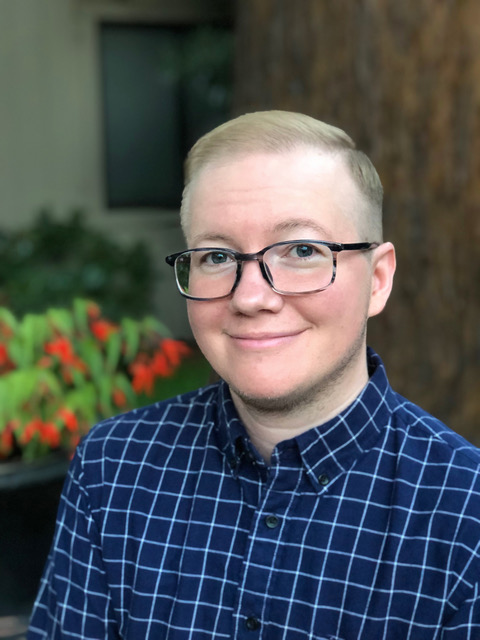 The Proust Questionnaire, popularized by the French essayist and novelist Marcel Proust, is said to reveal a person’s true nature through a series of probing, soul-searching questions. In the hot seat today: A.J. Sass, author of the MG debut, ANA ON THE EDGE (Little, Brown Books for Young Readers, 10/20/2020).

What is your idea of perfect happiness? A day with absolutely no obligations, coupled with a good book and a cat (or two) in my lap.

What is your greatest fear? Not living up to my potential.

What is the trait you most deplore in yourself? Jealousy. I know it’s natural and healthy in some instances, but I dislike how it makes me feel whenever I experience it.

What is the trait you most deplore in others? Apathy, especially as it relates to the wellbeing of others.

Which living person do you most admire? I don’t have one specific person in mind, but I absolutely admire people who use their talent or platform to highlight injustices. Angie Thomas and her story, The Hate U Give, immediately comes to mind. Same for Malala Yousafzai, her books, and the work she does to advocate for education for girls throughout the world.

What is your greatest extravagance? Figure skating. The cost of ice-time and equipment can be quite high. It’s not something I have to do but I crave the feeling of ice crunching under my blades and the rush I get when landing a jump.

What is your current state of mind? Inspired. I’ve been sheltering in place for nearly a month now due to the coronavirus outbreak and many of my author friends have had to cancel their book-launch events. Despite their understandable disappointment, they’ve found innovative ways to celebrate the amazing accomplishment of having a book published, and venues that allow others to celebrate with them online. People are adapting. Even thriving. I can’t think of a bigger inspiration.

What do you consider the most overrated virtue? Tact. As someone on the autism spectrum, I often find that people use tactfulness to cover their genuine feelings, which can lead to misunderstandings. Say what you mean, please!

On what occasion do you lie? I try not to. But sometimes it’s easier to say I’m busy and can’t make a get-together than sharing my concern about being uncomfortable, overstimulated, etc.

Which words or phrases do you most overuse? “Does that count?” tacked to the end of a sentence that is usually a statement of comparison. Beyond that, I tend to cycle through a handful of phrases in common use online at any given time, so it varies. Earlier this year, I seemed to use “I’m not mad about …” every other sentence. Now, not so much.

Besides writing, which talent would you most like to have? I’d love to be able to stage act because I adore theatrical productions. For some time, I was quite involved in the Bay Area’s theatre community, as a board member of an LGBTQ threatre company, a house manager, etc. I even took some acting classes. But wishing you’re good at something is different than actually enjoying it. That’s the case with me and acting (I still love attending shows, though!).

What do you consider your greatest achievement? Outside of publishing, it has to be my skating. I have some motor skill and sensory perception difficulties associated with autism that made it challenging to learn and master figure skating’s fundamentals. Although I started as a child, I wasn’t a fast learner and had multiple coaches who told my parents not to expect much, that I would reach my athletic limit before other kids. They’re weren’t wrong that I mastered skills much more slowly than other skaters, but I loved the sport and kept up with it, focusing on the US Figure Skating test structure as a measure of my progress. In 2008, I passed my Senior Moves in the Field test. I went on to pass my Senior Free Skate test in 2017, making me a double gold medalist. Some people might see skating as just a hobby, but it’s taught me patience, perseverance, and how to express myself, all of which I use in my off-ice life.

If you were to die and come back as a person or a thing, what would it be? Is it cliché to say a beloved cat? (Indoor only, so I don’t get eaten by a disgruntled pigeon.) I think I’d enjoy curling up next to my owner and chittering at birds through windows.

What is your most treasured possession? My memories.

What do you regard as the lowest depth of misery? The helplessness of seeing a loved one with a serious medical condition. I would do anything for my friends and family, but sometimes it’s out of my hands. There’s nothing I can do and the lack of control is the definition of miserable.

What do you most value in your friends? Their support and encouragement. We all have different interests, but the best friends cheer you on when you accomplish something important to you, even if it’s unrelated to their own goals.

Who is your hero of fiction? Jonas from The Giver. Some people go their entire lives without questioning the status quo. Evaluating what he’s told, comparing it to the new information he’s learned, and then acting to do what he feels is right—even if it goes against the rules of his community—all make Jonas a hero in my book.

Which historical figure do you most identify with? I don’t know if he counts as strictly historical because I was alive during part of his life, but it has to be Lou Sullivan. Sullivan has largely been credited as the first gay transgender man at a time when gender confirmation services were almost exclusively reserved for trans people who identified as straight. Through his writings and activism, Lou broke down barriers within the medical and queer communities of his time by distinguishing between romantic attraction and gender identity. This is something that I also aim to explore in my writing.

What is your motto? “No one is free unless we are all free.”

A.J. SASS is a writer, editor, and occasional mentor. When he’s not exploring the world as much as possible, A. J. lives in the San Francisco Bay Area with his boyfriend and two cats who act like dogs. His debut novel, Ana on the Edge, will release on October 20, 2020 from Little, Brown Books for Young Readers. You can learn more about A.J. on his website, as well as follow him on Twitter, Instagram, and Facebook. 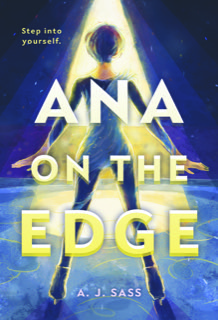