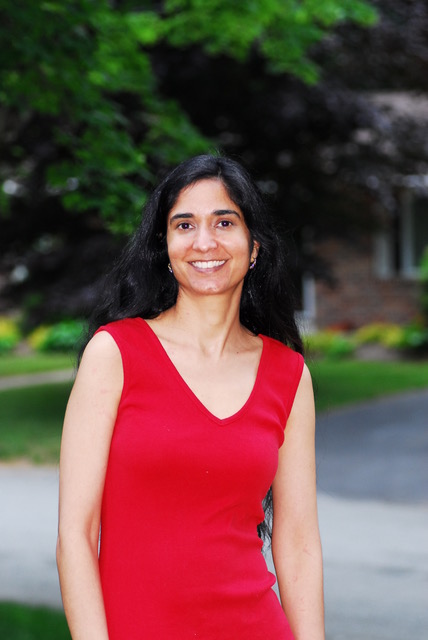 The Proust Questionnaire, popularized by the French essayist and novelist Marcel Proust, is said to reveal a person’s true nature through a series of probing, soul-searching questions. In the hot seat today, Padma Venkatraman, author of the multi-award-winning middle-grade novel, THE BRIDGE HOME (Nancy Paulsen Books, 2019).

What is your idea of perfect happiness? Being safe, healthy and feeling like I have nothing to do except enjoy being in a beautiful place surrounded by my dearest ones and knowing not-so-near-but-nevertheless-dear-ones are well.

What is your greatest fear? That we humans will destroy our marvelous earth.

What is the trait you most deplore in yourself? My tendency to get really depressed and stuck in a downward spiral when people are negative toward me or act unjustly toward me or others or misunderstand me or take advantage of me or others. I try not to give anyone else this power over my emotions and moods, but it’s hard sometimes to center myself and stay positive.

What is the trait you most deplore in others? Snobbery and elitism, especially when people see themselves or their work (or culture etc. etc.) as superior but pretend like they’re inclusive.

Which living person do you most admire? I admire certain specific things about a lot of people – right this second, I’m thinking about my friend Indira who was from the Roma community in India and whose resilience and courage inspired the protagonist in THE BRIDGE HOME.

What is your greatest extravagance? Syrupy sweet strong black tea with lemon and oodles of honey.

What is your current state of mind? Tired but happy (I am recovering from some kind of flu that may or may not have been COVID but has left me feeling truly exhausted).

What do you consider the most overrated virtue? Temperance. Especially if applied to fair-trade equal-exchange dark chocolate. I don’t buy chocolate that doesn’t claim to be these things, because I think those labels are important and I don’t want to eat something that was produced through cruelty. Then again, although I try to limit my intake, I do like a bit of choc every once in a while, esp with my very occasional nice glass of wine.

On what occasion do you lie? Whenever I am forced to eat cooked fruit. I am American but I am sorry, I will never like apple pie. Then again, if you force me to eat some, insisting it is the only apple pie I ever will like, then I will probably swallow a piece and swallow my honesty and pretend I like it a lot.

Which words or phrases do you most overuse? Oh God. I know that’s offensive to some people, but I can’t seem to get rid of it.

Besides writing, which talent would you most like to have? Art (like drawing and painting and illustrating type of art).

What do you consider your greatest achievement? My child, who is the wonderful, thoughtful, strong, sensitive, courageous and caring – even though I ought not to take any credit. Really.

If you were to die and come back as a person or a thing, what would it be? An author. Every single time. Always an author who has the luck to get published and recognized. But always an author. I have about a hundred ideas that I won’t get to finish writing, even if I live to be a hundred. I’d like to come back and write them (and more, and illustrate some books, too, next time around). And I’d like my very same spouse and child, too, please.

What is your most treasured possession? Letters written to me (long-er ago than I care to remember) by my English teacher, Stephen Smith, and my friend Iwan Jones, both of whom believed I would be an author one day.

What do you regard as the lowest depth of misery? Self-pity that is indulged in for over 24 hours (or one week at most).

Who are your favorite writers? In the field of adult writing – Richard Blanco, Marjorie Agosin and Kazuo Ishugiro (especially before he won the Nobel Prize – I used to say his name 20 years ago after he’d written his debut and I admire every book he wrote but after he got that prize, it’s just less cool to say his name, somehow, …)! In the field of YA and kidlit – so many  and I don’t want to leave out anyone I love, so I am not going to start because I’ll not be able to stop.

Who is your hero of fiction? Winne-the-Pooh (I’m just realizing he might be the one to blame every time I get an urge to drink honey with a wee bit of tea in it).

Which historical figure do you most identify with? Avvaiyar – a Tamil poetess, who, among other things, defied social norms, prevented a war, and worked ceaselessly to promote justice and raise awareness of inequality, while also preserving her sense of humor and appreciation of beauty.

What is your motto? “Conquer through Compassion, Create with Courage.”

PADMA VENKATRAMAN  is an American author who lived in five countries, worked in a laboratory, taught and directed a school, spent time underwater, and served as chief scientist on oceanographic research ships before becoming a full-time writer. Her most recent novel, THE BRIDGE HOME, won several awards and honors (WNDB Walters Award, SCBWI Golden Kite Award, Paterson Prize, Nerdy Book Award, Audiofile Earphone Award, 2019 Global Read Aloud, ALA Notable, Jr. Library Guild Selection etc.) and her previous novels, A TIME TO DANCE, ISLAND’S END and CLIMBING THE STAIRS were each released to three or more starred reviews and also won numerous awards and honors. Padma enjoys speaking to audiences virtually (and her speaking engagements are arranged via THE AUTHOR VILLAGE), and also enjoys solitude and meditation and yoga. Learn more about Padma on her website and follow her on Twitter, Instagram and Facebook 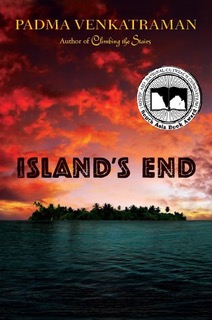 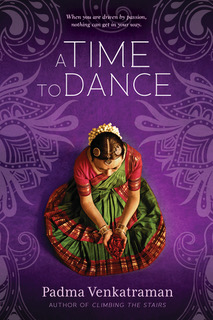 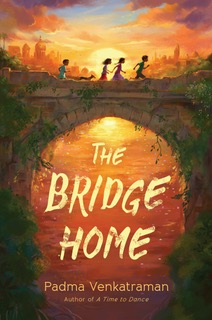 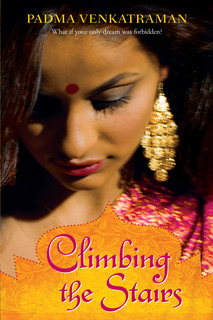